Max on the wall

Murals create opportunities for bold, highly visible statements. Over the last few decades street art has come a long way from an act of rebellion to a respected form of art. A large mural picturing the Austrian-British Nobel Prize winner Max Perutz and his science has just been completed on the facade of the Max Perutz Labs by the artist duo Käthe Schönle and Sebastian Schager, in collaboration with the art & science project ‘WIENERWISSEN’. 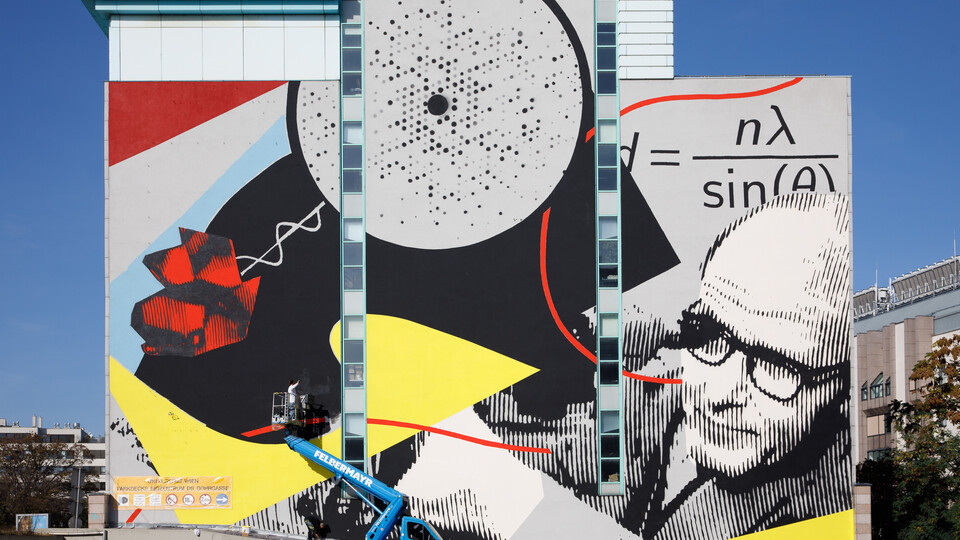 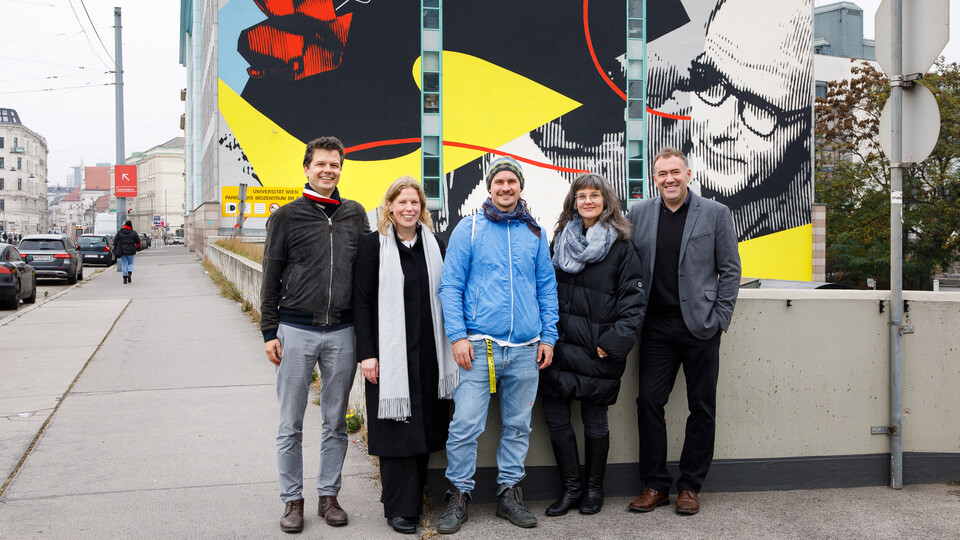 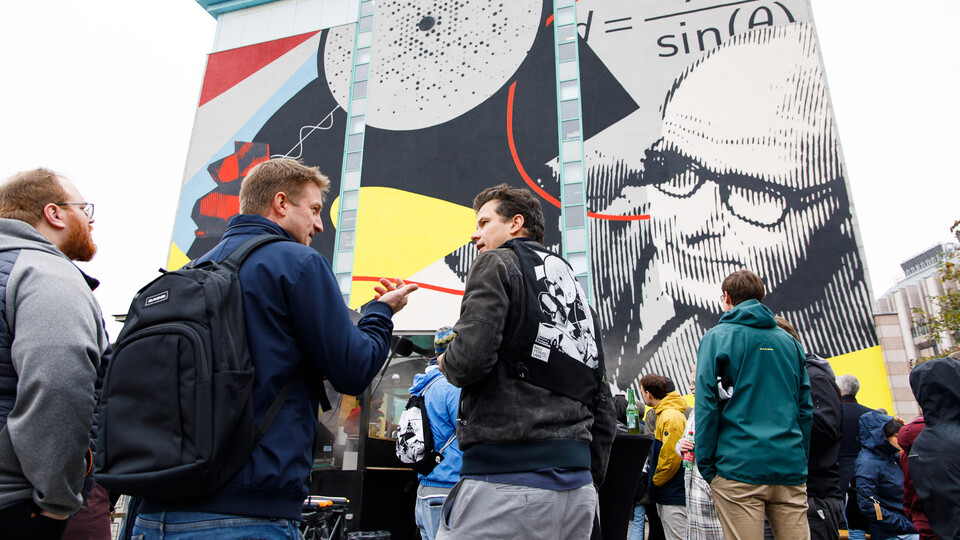 Max Perutz was born in Vienna in 1914 to a Jewish family, but left Austria for Cambridge in 1936. There, he began his life-long endeavor to elucidate the structure of hemoglobin, the molecule that transports oxygen in our blood. Together with John Kendrew, he was awarded the Nobel Prize in Chemistry in 1962 and is today regarded as one of the pioneers of molecular biology. The mural depicts Max Perutz's contributions to the then-nascent field of structural biology, work that led to a revolution in our understanding, not only of hemoglobin, but of thousands of other molecular machines.

The best murals, in capitals around the world, are admired by both those who like to stroll aimlessly as well as connoisseurs who seek them out. It’s no secret: murals make neighborhoods beautiful. Covering an area of over 500 m2, the mural will be prominently visible when entering Vienna via Rennweg in Vienna's third district. "It’s a real eye-catcher and outstanding example of how the excitement surrounding scientific discoveries can be visualized” says Alwin Köhler, Scientific Director of Max Perutz Labs. “I think of murals as a collective thought space, which create dialogue around a subject and inspire new ways of thinking. I hope our mural will become a Viennese landmark".

The scientific outreach project was planned by Max Perutz group leader and University of Vienna Associate Professor of Physics, Thomas Juffmann. Together with science communication expert Jacqui Hayes he is co-founder of the project ‘WIENERWISSEN.’ The initiative aims to explore new ways of communicating science with the public through art. Thomas Juffmann says, "We wanted to create easily accessible science in the public forum that will appeal to both young people and those who are not closely in touch with science”. As part of WIENERWISSEN, he hopes to realize additional murals in Vienna in the near future, being convinced that science communication is more important than ever.

The mural itself shows crystals of hemoglobin and a diffraction image from Max Perutz's X-ray crystallographic experiments. The depicted equation describes the mathematical relationship between the positions of the diffracted X-rays and the arrangement of atoms in a crystal. "Our mural not only reflects Max Perutz's science, but also Max as a person. We have tried to grasp his life story, which was characterized by an incredible amount of perseverance," says Käthe Schönle. "The changing realities and disruptions in his life are symbolized by visual cuts and competing shapes and areas. A red line threads through the painting, alluding to his winding scientific path," Sebastian Schager explains. A QR code on the wall will link to an audio guide and a written introduction to the topic, both in German and English. The project was co-funded by the European Union's Horizon 2020 research and innovation programme under grant agreement No 101017902.

Watch the making of 'Max on the Wall'